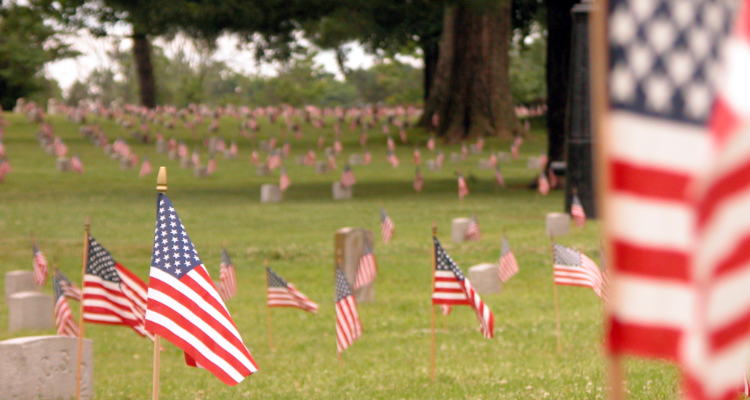 Memorial Day first began, unofficially, as ‘days of remembrance’ which were held in cemeteries across the Southern United States. the purpose of these ceremonies or “Decoration Days” was to honor fallen soldiers of the Civil War.  Attendees would show respect to the fallen by decorating their graves with flowers.

Despite “Decoration Days” becoming officially recognized by 1866. The days on which the ceremonies were held would continue to vary, depending on location.

The name change to Memorial Day wouldn’t happen until 1882, even then, it wouldn’t catch on, and only gain popularity following the end of end of World War I.

Some experts believe the date, May 30th, was chosen because both northern and southern states would have flowers in bloom by that time of the year.  Others contend, however, that the date was ideal simply because it didn’t coincide with the anniversary of any battles.

In the formal Arlington Cemetery ceremony, the graves of the fallen would be decorated with flowers, just as in many of the unofficial ceremonies, though nowadays, it is more common for graves of military veterans to be decorated with stars and stripes flags. The gesture of decorating with flowers has since been more commonly adopted by living relatives who wish to honor their deceased on Memorial Day.

Then Ohio congressman James A. Garfield, who had not yet been elected president, delivered an address marking the establishment of the first national “Decoration Day”.  Garfield’s speech still resonates strongly today, nearly a century and a half later.

His speech, to many, sets a standard for explaining the importance of, and meaning behind the commemoration of Memorial Day.

The following are excerpts from Garfield’s 1868 speech:

“I am oppressed with a sense of the impropriety of uttering words on this occasion. If silence is ever golden, it must be here beside the graves of fifteen thousand men, whose lives were more significant than speech, and whose death was a poem, the music of which can never be sung”… “with these the conflict ended, the victory was won, when death stamped on them the great seal of heroic character, and closed a record which years can never blot.”

Speaking of the Civil War, and the impact it had on both America and the soldiers who fought, Garfield continued.

“I know of nothing more appropriate on this occasion than to inquire what brought these men here; what high motive led them to condense life into an hour, and to crown that hour by joyfully welcoming death?”

“For nearly fifty years no spot in any of these states had been the scene of battle”… “the faith of our people in the stability and permanence of their institutions was like their faith in the eternal course of nature. peace, liberty, and personal security were blessings as common and universal as sunshine and showers and fruitful seasons; and all sprang from a single source, the old American principle that all owe due submission and obedience to the lawfully expressed will of the majority. This is not one of the doctrines of our political system—it is the system itself. It is our political firmament, in which all other truths are set, as stars in heaven. It is the encasing air, the breath of the Nation’s life.”

“I love to believe that no heroic sacrifice is ever lost; that the characters of men are molded and inspired by what their fathers have done; that treasured up in American souls are all the unconscious influences of [their ancestors] great deeds.”… “could these men be silent in 1861; these, whose ancestors had felt the inspiration of battle on every field where civilization had fought in the last thousand years? Read their answer in this green turf. Each for himself gathered up the cherished purposes of life—its aims and ambitions, its dearest affections—and flung all, with life itself, into the scale of battle.”

“and now consider this silent assembly of the dead. What does it represent?”… “If each grave had a voice to tell us what its silent tenant last saw and heard on earth, we might stand, with uncovered heads, and hear the whole story of the war.”…”the voices of these dead will forever fill the land like holy benedictions.”

“What other spot so fitting for their last resting place as this under the shadow of the capitol saved by their valor? Here, where the grim edge of battle joined; here, where all the hope and fear and agony of their country centered; here let them rest, asleep on the Nation’s heart, entombed in the Nation’s love!”

Whether we are simply staying home in the backyard, taking part in many activities we enjoy like camping, picnics or barbecues, or hitting the roadways for travel, may we set aside some time to remember the true meaning of Memorial Day.

Take time to honor the lives of the brave, selfless, and dutiful, who set aside their dreams and aspirations, and in the end, sacrificed everything, to afford us those freedoms to enjoy.

Ideally, we should all strive this Memorial Day to strike a balance between the enjoyment of the start of the summer vacation season, and the showing of gratitude through solemn remembrance. As it is said, America is a free country, but freedom is not free. 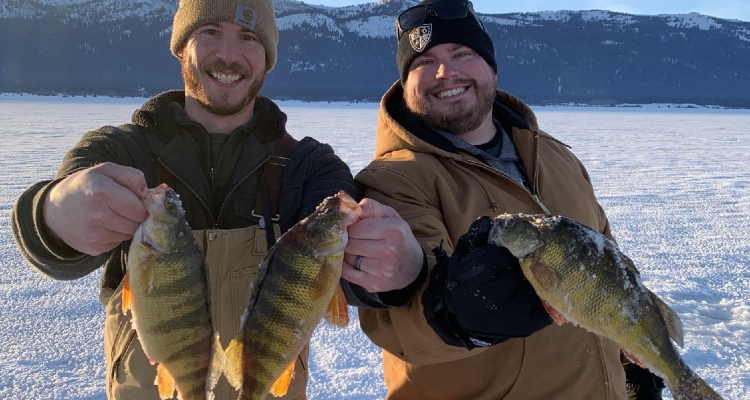 Why you should buy your 2023 hunting/fishing license now, not later