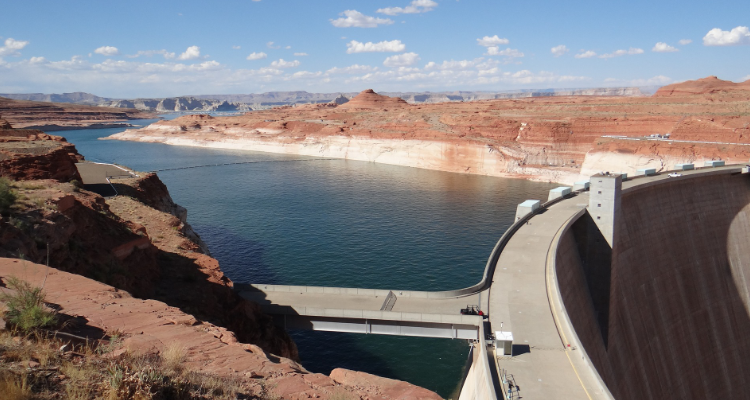 UTAH (AP) — A critical Colorado River reservoir has fallen to a record low level, raising new concerns about a power source for millions of people in the U.S. West. Federal water officials that Lake Powell on the Arizona-Utah border fell below 3,525 feet on Tuesday. Western states had set that mark as a buffer to keep the lake from reaching a level that would prevent the turbines at Glen Canyon Dam from generating power. Federal officials are confident Lake Powell will rise quickly with springtime snowmelt and Glen Canyon Dam will stay productive. But the new low marks another sobering realization of the impacts of climate change and a megadrought on the country’s second-largest human-made lake.